Cwmorthin Quarry – a bleak and now lonely place – previously a place of great activity, endeavour and danger, as miners went about their difficult and very physical work in many miles of dark, wet tunnels below the surface. As I sit at my desk in a warm, well lit room, with a hot cup of tea for sustenance, typing these words on a Mac keyboard, I find it very hard to imagine what life would have really been like for the people who lived and toiled here many decades ago.

Cwmorthin is a substantial Victorian-era slate mine above the village of Tanygrisau, close to the town of Blaenau Ffestiniog in North Wales. Having left my car in a small car park, I together with a few other photographers walked up a fairly steep incline until we reached Llyn Cwmorthin, a lake overlooked by some derelict buildings which at one time were the barracks for the mine workers. Work on the mine first began in the early 1800’s, with heavy underground development starting around 1860. Some access to the mines is still possible but I for one was very happy to stay above ground, take in the atmosphere, and try and reflect my feelings for this harsh environment through my photography.

Although mine workings largely came to an end in 1970, some small scale mining still took place in the 80’s and 90’s eventually ceasing altogether in 1997. Flooding in mines was always a problem, so large pumps were used to remove water from the many miles of tunnels on a number of floors. Wall and roof failures were a constant hazard for the mineworkers and it’s of no surprise that numerous chambers have collapsed preventing access to large parts of the mine.

The photographs in this entry were taken either by the lake or along a wet and stoney footpath, lined by a slate fence, which took us past a chapel with only a pair of conifers for company. Sadly the roof had been removed from the chapel in fear I guess that it might collapse and be a danger to visitors. Later we climbed a long and fairly steep path to the upper section of Cwmorthin Quarry and this will feature in a future entry. 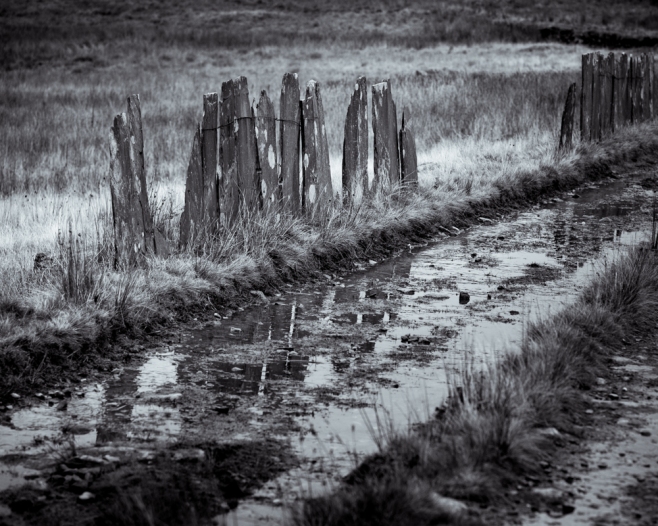 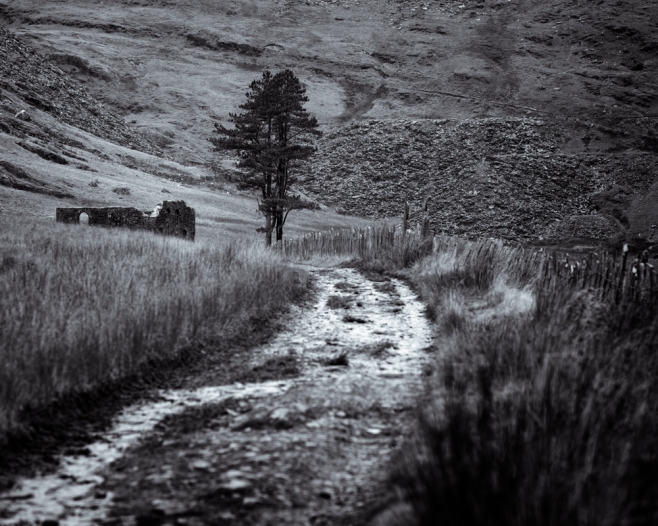 2 Responses to “Cwmorthin slate quarry in Snowdonia – the lower section”

Another image in this short series of straw bales following the recently harvested crop of barley. This one taken as the last of the golden evening sunlight cast a beautiful summer glow on the field. #summer #eveninglight #outdoorphotography #goldenhour #landscapephotographyuk #rpslandscape #harvest #fujifilmfromhome #farmland #farmlife #dorset #lovedorset #captureonepro
‘End of the day’. The second image in what will be a short series of photographs of straw bales in a local field all taken at different times of the day. #farming #farmlife #landscapephotography #rpslandscape #outdoorphotography #dorset #lovedorset #fujifilmxt3 #cloudscape #endoftheday #strawbales #picoftheday #rurallife #ruralscene
‘Just in time’ The farm behind us has been taking advantage of the very hot, dry weather of recent days. The combine was out a few days ago harvesting the barley and today the bales are dotted around the field - and just in time judging by the change in weather which has been forecast. #farming #farmland #countryside #dorset #outdoorphotography #landscape #landscapelovers #rpslandscape #fujifilm #captureonepro #ruralscene #barley #colourphotography
‘Reflections of Summer’ When I said to myself recently that I wanted to make more colour images I think this is what I had in mind. The reflections of the brightly lit summer foliage are very appealing to me. #summer #river #reflections #outdoorphotography #landscape #landscapelovers #riverside #fujifilm #captureone #dorset #lovedorset #piddlevalley #riverpiddle #rpslandscape #gitzoinspires
I have always loved photographing countryside churches - in fact my Associateship with the RPS was church interiors in monochrome. The warm glow of the summer evening light would be lost in black and white. Not only did I enjoy this lovely view for as long as it lasted but I equally enjoyed processing the image in Capture One; making very subtle colour choices to ensure the final result represented just how I saw the scene and felt when the shutter was released. #church #dorset #captureonepro #countryside #summerevening #summerlight #dorsetvillage #colourphotography #fujixt3 #fujifilm #fujilovers #outdoorphotographer
Continuing my desire to make more colour images. My woodland walk this morning was in very bright sunshine, hardly ideal for woodland photography, except when the subject is lit and stands out against a dark background. #grasses #lightanddark #woodlandphotography #woodland #outdoorphotography #dorset #fuji #fujixt3 #naturephotography
Follow alan frost photography on WordPress.com