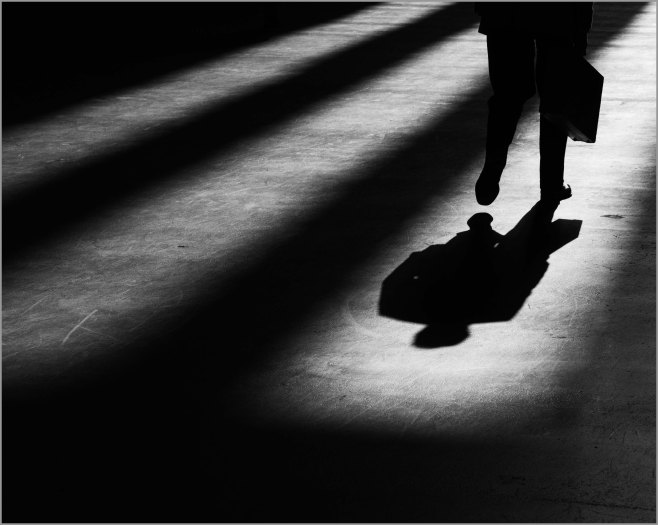 Occasionally I travel to London for a business meeting. It doesn’t happen very often but when it does, I like to make the most of the day and if time permits take a few shots before the train journey back home.

Earlier this week I found myself in the City, so I decided to visit Tate Modern. Not for the artworks but for the Turbine Hall, a truly massive space, which previously housed electricity generators and is now used as a social space for art installations. I had been inspired to do so by fellow blogger Andy Hooker of LensScaper when he wrote about his visit to this very same place.

Although I had been to Tate Modern before it was never with the intention of taking photographs. You may say I am strange but on this occassion I was more interested in the building itself, its architecture, the people it attracts, than I was in the works of art on display. The light to me was as wonderful as the varied art this gallery has on show.

By the time the business of the day was over, it was quite late when I arrived, but I was very fortunate with the light. The sun had moved round to the west and its light was pouring in through large vertical windows casting long stripes of light on the heavily textured concrete floor. As visitors moved towards the exit it was interesting to see how perhaps sub consciously they would walk along the ‘light stripes’ as if they were being guided to the door.

I enjoyed watching and waiting as visitors and city workers moved around, just hoping that I would be in the right position to take the shot that I could picture in my minds eye. 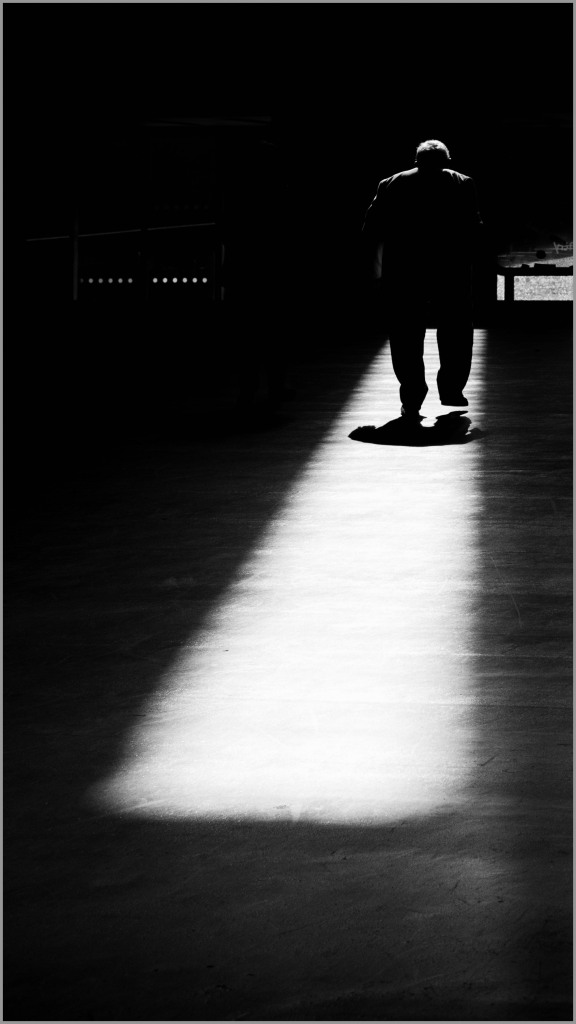 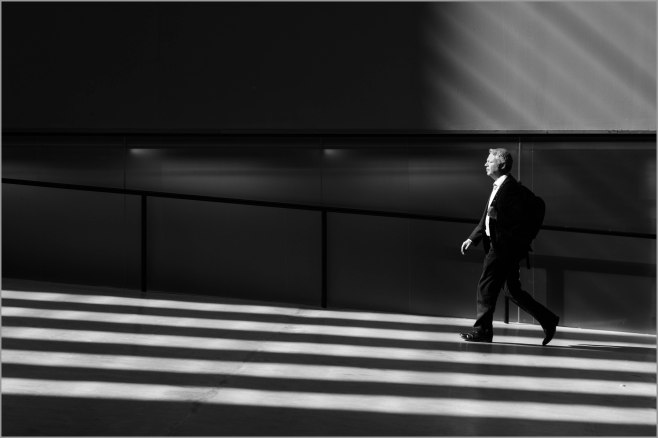 I hope you enjoy these images and in the days to come I will be posting a further entry which will include more pictures of the Turbine Hall itself.

All the images in this post were taken with the Leica M Monochrom using a Leica 90mm f2.4 Summarit lens, processed in Lightroom and Silver Efex Pro. Do click on any of the photos to view a larger version.

I have written before on the subject of Museums and Art Galleries in London. Here are just two posts which you might like to read.

The Natural History Museum – without any nature!

8 Responses to “People, light and shadows – inside the Turbine Hall of Tate Modern”