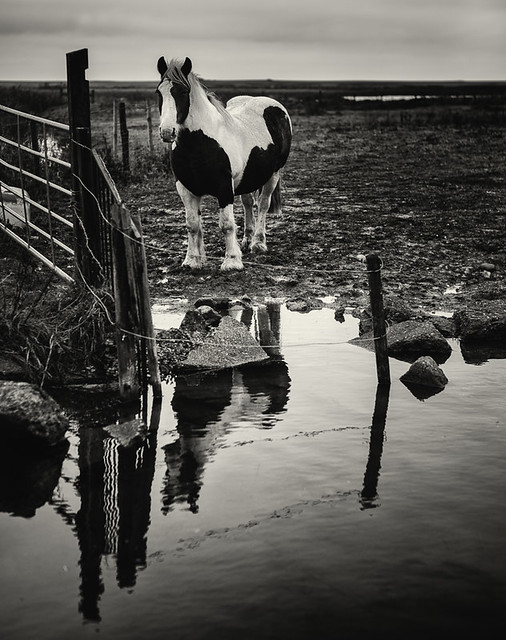 Horse by the pond

During our recent trip to the North Norfolk Coast we regularly drove through the small village of Saltmarsh. In the centre was a pond which attracted ducks, gulls and other birds, including a couple of swans. The muddy field which adjoined the pond was home to a black and white horse with just a small shelter for when the rains fell or the winds blew. It was a bleak and exposed location.

Each time we passed by, we slowed down or stopped in the hope that I could capture the scene photographically. The horse was very tame but was not always in the right position or would move away or turn its head just when the composition came together. Either that or other people wanted to say hello. Finally the light needed to be right for the image I was visualising in my mind. After a few attempts on various occasions, I took a number of shots early one morning, which I thought would work in post processing. I very much like the work of a rural documentary photographer called Chris Tancock from Wales and his approach and style has inspired me to make these images.

The photograph at the top of this entry sets the scene and the reflection of the horse in the water is in my view is an important element in the composition.

In the next two shots I have moved much closer manually focusing on the eye. The photographs are more about the animal than it’s setting, but there is still some blurred background detail which again I feel is relevant to each image. 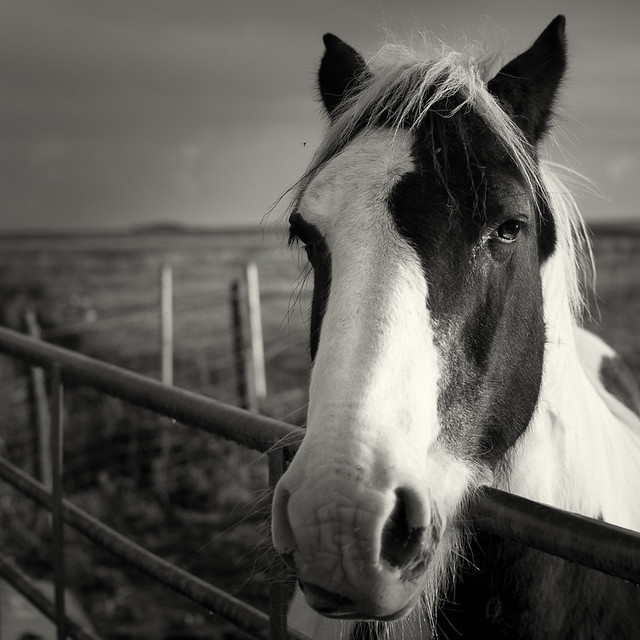 The plane of focus in the last photo is very narrow indeed and it was quite a challenge just to focus on the eye and the eye lashes. The dark patch on the left hand side is the small hut the horse used for shelter. 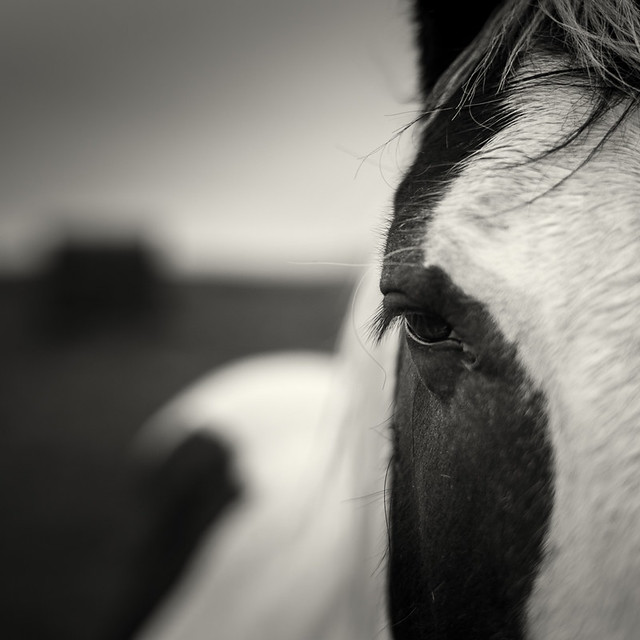 Eye of the horse

I think the three photographs in this post work well together but to a degree I was lucky to have them at all. Towards the end of the second week the weather deteriorated and the horse had been moved, to I guess a more sheltered location for the winter months. Fortunately I had already captured the scene as I wanted.

All these pictures were taken using the Leica Monochrom and 50mm f1.4 Summilux lens and processed in Lightroom and Silver Efex Pro2. I have applied a ‘cream’ tone which I like to use for these rural images.

Thanks to everyone who has started following my blog recently.

2 Responses to “The horse by the pond”