St Mary’s in North Marden is a tiny Norman country church thought to date from the late 12th Century. Approached through a farmyard the nave and chancel are undivided. The chancel has an unusual semi circular or apsidal end, a feature which is only to be found in five other small english churches. There is very little light inside the church, and first impressions are of a dark and almost mysterious interior. To this day there is no electricity, so when in use the interior is still lit by candles. The church is Grade 1 Listed and can seat up to about 70 people.

The church has a superb Norman south doorway made of Caen stone which was probably shipped from France across the English Channel to Chichester Harbour and then transported by pack horse to the site of the church. It is the same stone that was used to build Chichester Cathedral. 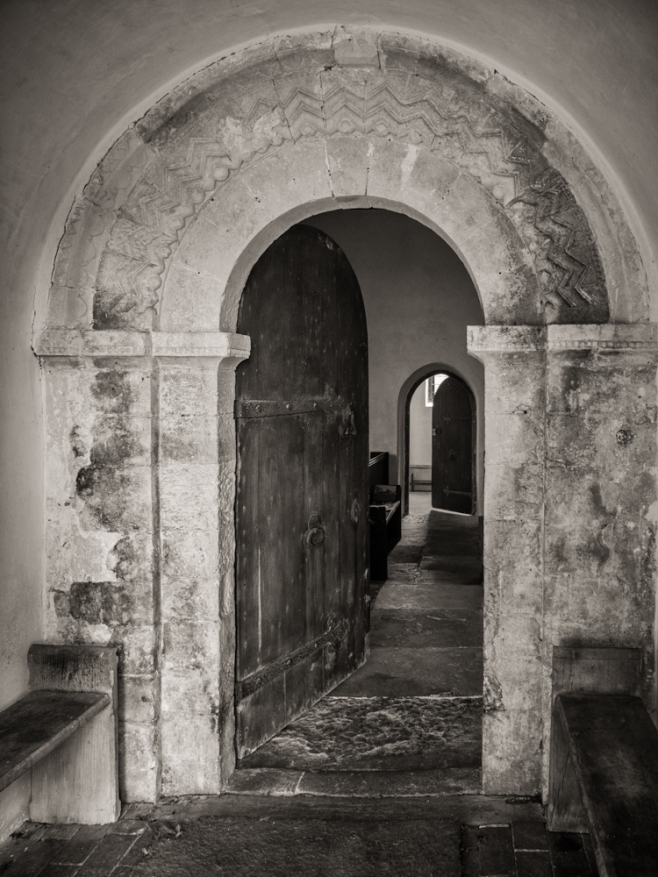 Standing in the porch and looking through the doorway into the nave with the vestry opposite, I just try to imagine all the characters who have walked into this humble little place of worship in the 900 or so years since the church was built. It’s not possible of course but the thought itself is quite remarkable.

This church is one eight churches which make up the Octagon Parish. A group of churches serving the villages of Stoughton, Racton, Forestside, Stansted, Compton, Esat Marden, Up Marden and of course North Marden. They are all set in beautiful and largely unspoilt downland countryside, which makes these churches so very appealing.

I have already featured two of these churches and the links can be found below. I am sure I will be visiting the other five in due course.