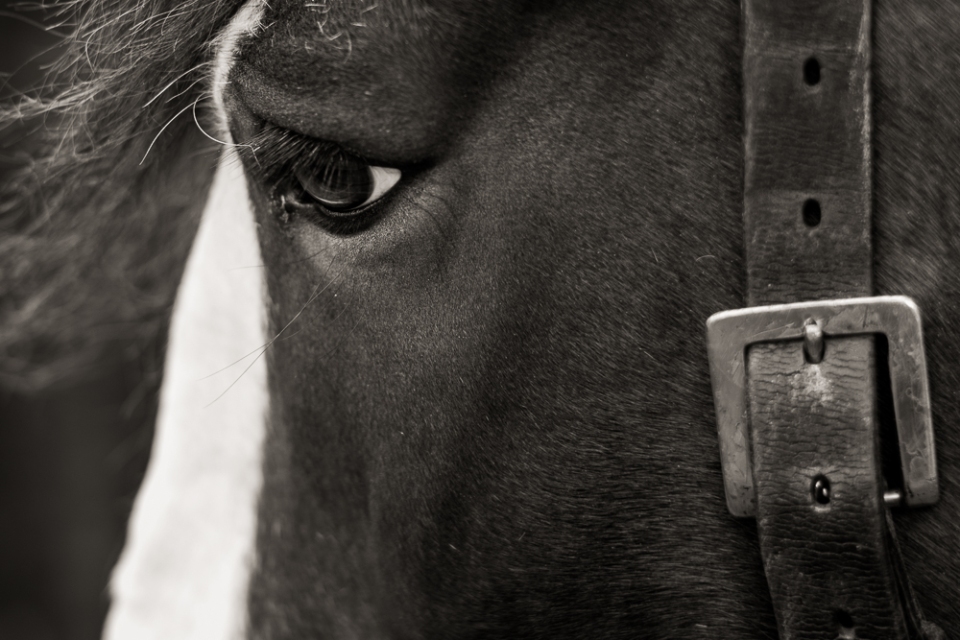 I have now been using a Leica M Monochrom for eighteen months or so and there are many reasons why I have grown to love this camera. It was a fairly steep learning curve switching to a camera which has no colour sensor – each pixel only records luminance resulting in a black and white file with any number of shades of grey in between.

The fact it is rangefinder with its split frame manual focusing mechanism was an added hurdle for me to get over. Initially it was difficult enough to focus a still subject let alone a moving one, as is the case here. Even more challenging when using the 50mm Summilux f1.4 nearly wide open. The depth of field is so narrow I would be the first to say that a little bit of lady luck is required to get the main subject of the picture in sharp focus. When it happens though, you can jump for joy because the level of detail captured is quite extraordinary.

I very much doubt this image would win any prizes and I have used it simply to illustrate a particular point; and that is quite simply the level of detail or resolution captured by this camera.

For reference the final image (at the bottom of this post) is a fairly mild square crop of the original RAW file which has been processed in Lightroom 5. There are some adjustments but principally the addition of contrast, clarity and a tone for effect, but no sharpening. I repeat no sharpening.

The original image is shown below with just the processing applied and no crop.

Next is a much more detailed crop. You can now see the exceptional level of detail captured by the Leica Monochrom. 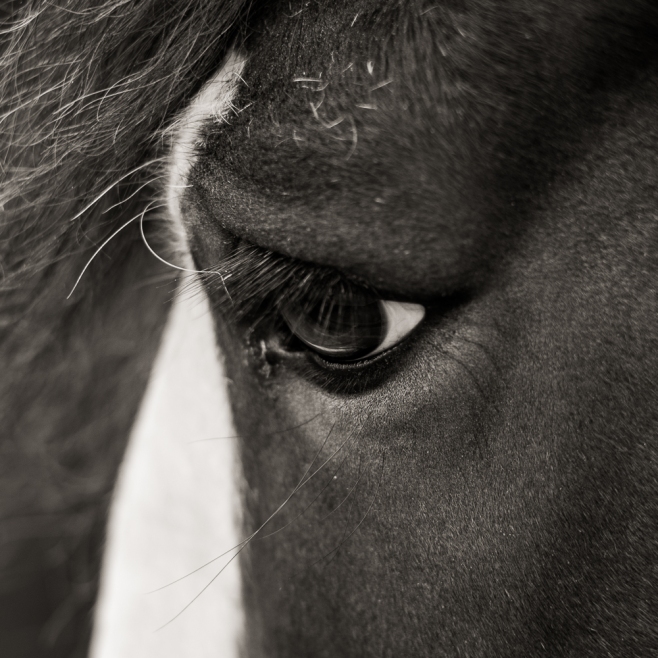 If you are yet to be impressed, below is an even tighter crop. The number of eyelashes can almost be counted and if you look closely veins are visible in the eye itself. If nothing else this image confirms my good fortune when I focused on the eye.

An even tighter crop

And by way of a reminder the final image which is how I imagined the picture might look when I pressed the shutter. I knew I wanted the eye to be at the centre of the viewers attention, but the photograph also needed to include part of the leather harness to add context and another element of interest. The harness also confirms you are looking at the horse’s head in profile and not straight on.

As I said at the outset there are many reasons why I love this camera. It can be a frustrating and quirky tool at times, but get to know its ways, and I defy any photographer not to be impressed by the quality of file it can deliver when coupled with an equally exceptional fast Leica lens. It has a purity and a simplicity to its operation which places the photographer in complete control. You need to consider every step, every setting but the rewards are more than worthwhile.

I would strongly urge you to click on each image to view a larger version. This post is all about ‘detail’ and it’s only by looking at a bigger version that you will truly appreciate the output of the Leica Monochrom.