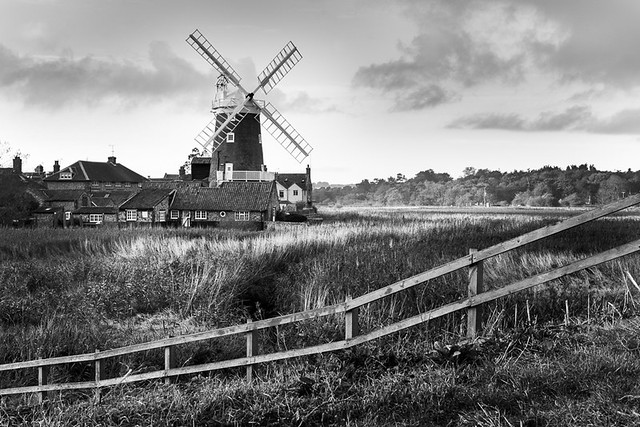 I recently uploaded this photo of Cley Windmill to Flickr. A traditional view and treatment of this much photographed and prominent building on the North Norfolk Coast. A relatively pleasing image, well composed I think, but is there anything more to say about it, or just as importantly, could I do more with it in post processing?

When I looked at it again a few days later,  I wondered whether or not I should have processed it in another way and that got me thinking. What if I came up with three more versions of the same image using only Silver Efex Pro2, promising myself that I would take no more than five minutes on each version. My plan was to start with one of the many pre-sets and then make some minor adjustments until I finished with an image I liked but had a very different look to the first attempt. What would I learn from this quick experiment? Would I prefer any of the ‘new’ pictures? ….. and finally how would all these photographs compare to the original RAW file from the Leica M Monchrom. Just how flexible are the files it produces?

Well here are the results. 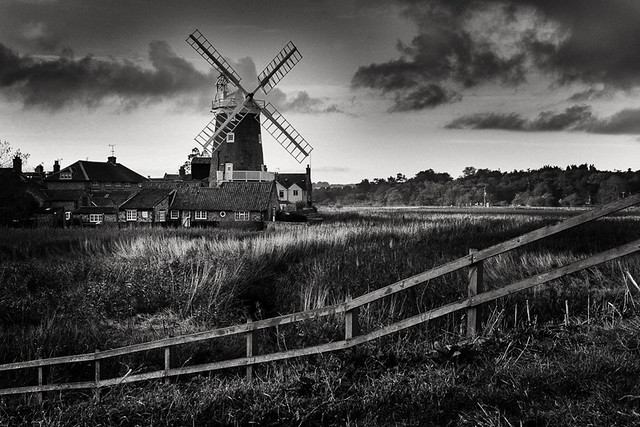 With version 2 (above) I used the ‘under exposure -1EV’ pre-set.  It darkened the sky and added a little more contrast. I also applied a ‘copper tone’ but reduced the strength down to about 25%. Given that I only had 5 minutes per version, I didn’t spend any time recording the settings, just moved the sliders until the picture to my eyes looked right. I used some control points on the fence in the foreground to bring back some of the detail. 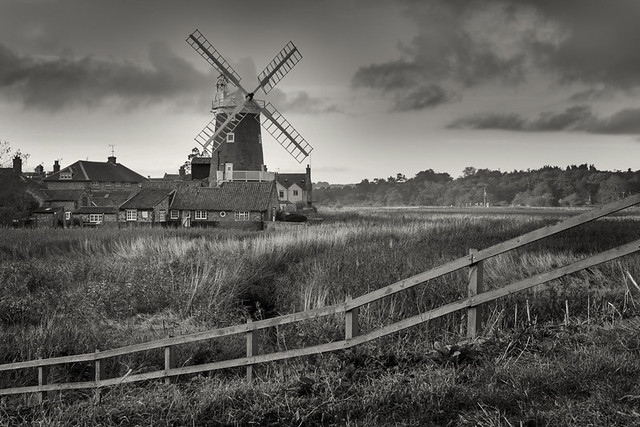 With version 3 (above) I used the ‘soft sepia’ pre-set. Again I remember reducing the strength of the sepia toning, and I also used a few control points to reduce the contrast and the sharpness of the grasses, which I think works rather well. 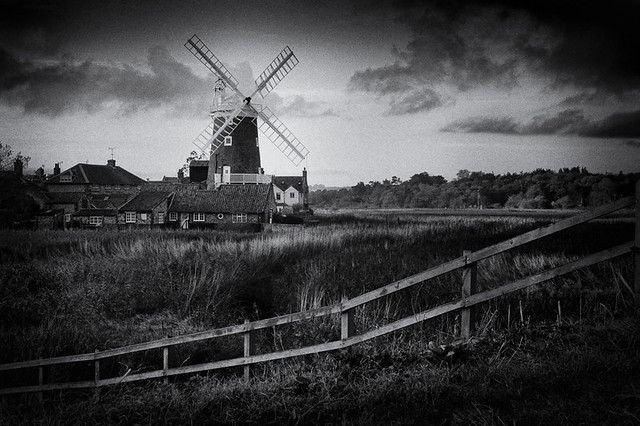 Lastly in version 4 (above) I used the ‘film noir 1’ pre-set. This added grain or noise to the picture and a strong vignette. I made some adjustments to both the strength and the central point of the vignette, as well as using some control points on certain parts of the image to ‘balance’ the various elements.

With hindsight and if I am being critical of what I have done, I would now go back and add a control point to each of the sails and lighten them a little. But remember I was restricting myself to just five minutes and didn’t notice this necessary adjustment at the time.

Do I have a preferred image now that I have four different versions to choose from?

If I had to put them in order I think I would select ‘3’ first, as this is how I ‘remember’ the scene in my minds eye. I now prefer ‘2’ to ‘1’. Number ‘1’ was quite a safe or traditional black and white conversion. Whereas ‘2’ definitely adds a little more atmosphere and mood to the shot, mainly because there is much more visual interest in the sky. I would put ‘4’ last, simply because it looks like a heavily processed image and that’s not how I remember the scene. However this exercise was about experimentation and the end result does work. It’s quite possible that some people might choose it above all the others. That’s the great thing about photography – no one version will appeal to everyone. We all have different tastes, and black and white in particular gives so much choice over how an image is processed. Try adopting some of these techniques to a colour image and the results in the wrong hands, well mine anyway, could be pretty awful.

Lastly here is the RAW file straight out of the Leica M Monochrom with no processing whatsoever. Very flat but a file with great flexibility for manipulation in the digital darkroom. I always shoot RAW, not RAW and jpeg, which you can choose to do. I simply know that when I first download the RAW file I will be disappointed with its appearance. But then I can get to work in Lightroom, Photoshop or Silber Efex, just as I have done with this shot of Cley Windmill. Inevitably this leads me to decisions, decisions and more decisions, but lots of enjoyment – and for me, that’s what it’s all about! 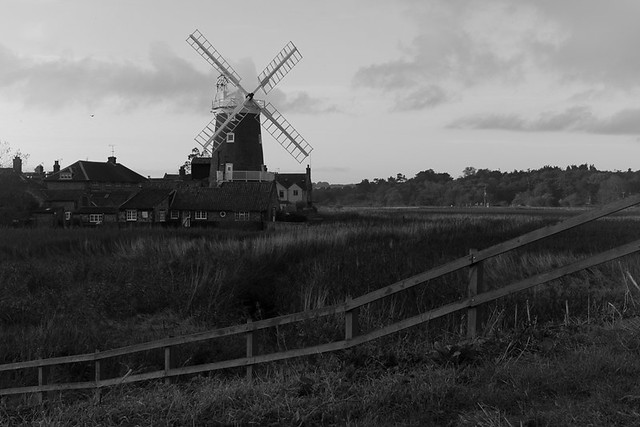 I would be interested to hear from anyone reading this entry if they have a favourite version and why. Your comments are always welcome and very much appreciated.