The painting below is by J M W Turner. Alongside Thomas Gainsborough and John Constable he must be one of the finest and most loved landscape painters England has ever produced. Turner stayed at Petworth House in West Sussex and during his time there he painted Chichester Canal with the Cathedral in the background – circa 1829. It’s a familiar scene to me and I thought it would lend itself to my own impressionistic treatment using a camera instead of paints.

END_OF_DOCUMENT_TOKEN_TO_BE_REPLACED

Back in April I experimented with the technique of ICM or intentional camera movement. Setting a slow shutter speed and then moving the camera in a random way to create the photograph. This technique produces a result which is arguably more akin to a piece of art than a photograph. That’s not to say that photography isn’t an art form. In my opinion it most definitely is, and the camera is simply the ‘paintbrush’, the creative tool to make an image which reflects your own personal vision or impression of the subject you wish to portray.

END_OF_DOCUMENT_TOKEN_TO_BE_REPLACED

Earlier this week I posted my first attempt at an image utililising intentional camera movement (ICM). You can read this entry here.

Since then I have identified and processed two other frames taken on the same outing.

END_OF_DOCUMENT_TOKEN_TO_BE_REPLACED

I have written before on this site that I have struggled with my photography in recent times. I have lacked a true sense of direction and the creative juices haven’t really been flowing. I haven’t been able to settle on one approach. Frustating yes, but at times like these I believe it’s important to consider all options, to be patient and not to restrict your choice of subject or technique. To experiment and just see what happens in the hope that given time a new creative voice will evolve.

END_OF_DOCUMENT_TOKEN_TO_BE_REPLACED 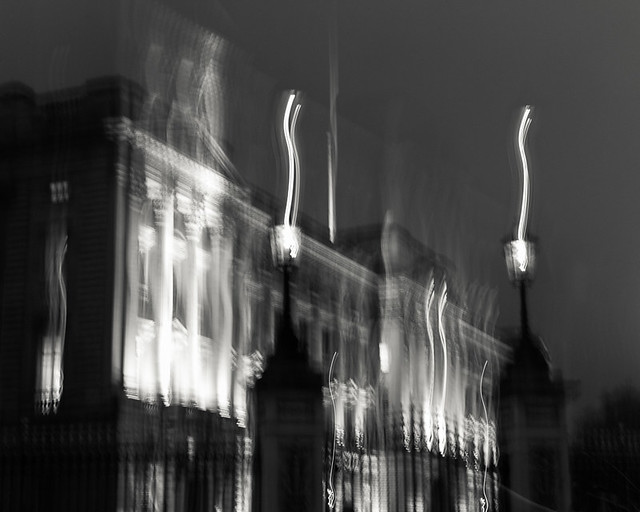 I was in London recently for business purposes. A rare occurrence, so rather than waste the opportunity I took my camera with me in the hope that I could take a few shots at the very end of the day before catching the train home.

I also wanted to take a look at a second hand 90mm f2 summicron lens being sold by Richard Caplan in Pall Mall. The lens appealed to me but when I tested it on my camera it did appear to be ‘back focusing’. I tried a couple of other lenses including my own 50mm summilux and the results were the same. In real world use it probably wouldn’t be a problem but I was left pondering whether or not the rangefinder on the camera needed a fine adjustment. They did offer to send it away to be repaired but I decided not to do anything there and then, and simply make my way home.

By the time I left the shop in Pall Mall it was already dusk, so I walked down The Mall towards Buckingham Palace, heading for Victoria Station. I had joined the commuter conveyor belt all heading for the next train back to the comfort of their home. 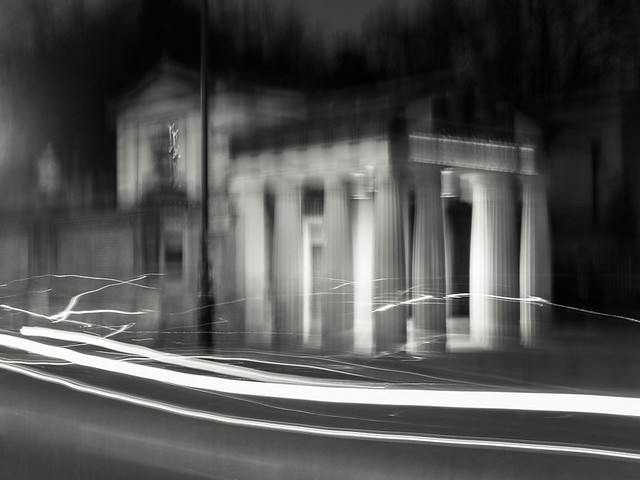